The Time to Prepare is Now!

Prepare for the upcoming basketball season, focus on your physical conditioning, basketball rules knowledge and signals/mechanics. There is a saying that "each year as officials we get older but the age of the players that we officiate never changes".  Do yourself a favor and get some conditioning work in well in advance of the upcoming season.  Anything that you can do to improve your cardio condition and overall strength will pay off during the season.  Practice running, fast walking or a combination of both.  Rules: review the NFHS rule book and case book, each year you should be working on increasing your rules knowledge and situational plays.  Signals and Mechanics: practice your signals, focus on areas where you need the most improvement (whistle, reporting, hand signals).  Bottom line, now is the time to get ready for the upcoming season.  Practice, Practice, Practice.  Yes we are talking about, Practice.

The VHSL has adopted a "30 Point Rule" which is to be used in all VHSL contests.  The rule is as follows:

If at any time during the 4th quarter, the score differential is 30 points or more, the clock shall continue to run except during the following:

BY MUTUAL AGREEMENT OF BOTH COACHES, THE 30-POINT RULE MAY BE USED AT ANY TIME DURING THE SECOND HALF.

If at any time after the 30-Point Rule has been implemented a team's lead becomes less than 30 points, the clock will run and stop normally.  The Rule applies for JV as well as Varsity games.

Who is responsible for last second shot?

The official opposite the table (Trail or Center) is responsible for making the call on any last second shot and should communicate this to partners by signaling with the hand-on-chest signal when the clock is near 15 seconds confirming responsibility for the last second shot.  This communication should be repeated on any change of possession.
Officials should communicate when there is 1 minute left in each quarter by raising one arm straight up above the head and extending one finger in the air.  All officials should acknowledge by giving the same signal.
This is the correct procedure for your HS games and one of the little things that separate officials.
"When in Rome do as the Romans do"

Let's be consistent when enforcing these rules and points of emphasis. 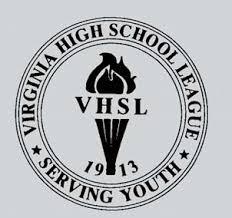 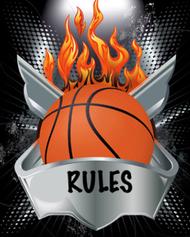 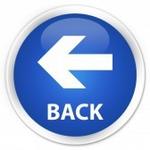