3-5-4b: A headband is any item that goes around the entire head.  It must be a circular design without extensions.  If worn, only one headband is permitted, it must be worn on the forehead/crown. It must be nonabrasive and unadorned, and it must be no more than 3 inches wide.
Rationale: I am suggesting that we make the Basketball and Volleyball rule codes on headbands, the same.  Girls are wearing headbands that are wider than 2 inches in basketball but are allowed to wear up to 3-inch headbands in volleyball. I think it would help girls who are in these two sports to comply with the rule without confusion.

3-5-4d: Add to (d) - Hair control devices are not required to meet color restrictions.
Rationale: To address inconsistent interpretations regarding items such as pre-wrap controlling hair.

3-5-5: Add Note: NOTE: Provided the shorts are not in conflict with 3-4-5, no drawstring or other part of the shorts intended to maintain them in a normal position causes potential harm to the player or others and wearing of the shorts is not objectionable in exposing the anatomy, there is no restriction on folding or rolling the shorts at the natural waistband seam.
Rationale: Rolling of the shorts is only illegal by interpretation, not by current rule. This is an attempt to modernize the rule and allow what players seem to want and what serves as no harm to the game or its integrity. In particular, this interpretation was made because allegedly manufacturers did not intend on the shorts to be rolled when in fact many manufacturer reps will tell you that the seams are intentionally made to offer options in the way they are worn.

3-5-8 NEW: MOUTHGUARD
1.  A tooth and mouth protector (intraoral), if worn shall:
a.  include an occlusal (protecting and separating the biting surfaces) portion;
b.  include a labial (protecting the teeth and supporting structures) portion;
c.  cover the posterior teeth with adequate thickness;
2.  It is recommended that the protector be properly fitted, protecting the anterior (leading) dental arch and:
a.  constructed from a model made from an impression of the individual’s teeth, or
b.  constructed and fitted to the individual by impressing the teeth into the tooth and mouth protector itself.
3.  State associations may deem a tooth and mouth protector required equipment.  Change section 6 to 7; change section 7 to 8.
Rationale:  Provides another safety option with specific with coverage for the devise.

9-9-1: Exception:
A ball in team control of Team A in the front court that is deflected by a defensive player, which causes the ball to go into the backcourt, may be recovered by either team unless the offense was the last to touch the ball before it went into the backcourt.  If the offense was last to touch the ball in its frontcourt, only the defense can legally recover the basketball.
Rationale: This was the original intent of the proposal from 2017-18 and 2018-19. Despite the committee's best efforts, the wording adopted, which mirrored the intent, has caused issues. This wording is identical to the exception at other levels of play and easier to teach and understand.

10-5-5 Note: The head coach and any number of assistant coaches may enter the court in the situation where a fight may break out - or has broken out - to prevent the situation from escalating.
Rationale: Based on some fight situations that I have seen and heard about over the last couple years at the high school level, I believe that this change, which was instituted at the NCAA level, is a change that is good for the game of basketball and in regard to player safety.  It is difficult in our society for officials to be able to help to separate players involved in a fight since our society has become very litigious.  Changing the rule to allow the head coach and assistant coaches to assist in these types of situations will help the officials to regain control of the entire situation more quickly and especially in regard to player safety.

Stop Clock for Jump/Held Ball-Part 3 of the NFHS Basketball Officials Manual-#3: When a held ball occurs, covering official(s) shall stop the clock using signal #2 (straight arm, open palm extended) while simultaneously sounding their whistle. Then both arms are extended straight out, at chest level, with fist clinched. Thumbs are displayed as a part of the signal. Signal is given with both arms moving in an upward motion. Should be followed with a directional signal (See #6) indicating team possession.

*When an opponent places their hand on the ball and prevents an airborne shooter from passing or releasing the try.

Rationale: This change should help in the alleviation of conflicting calls by officials when a held ball occurs, ie jump ball and foul both called on the same play. We currently raise one arm to stop the clock for everything except the jump/held ball. 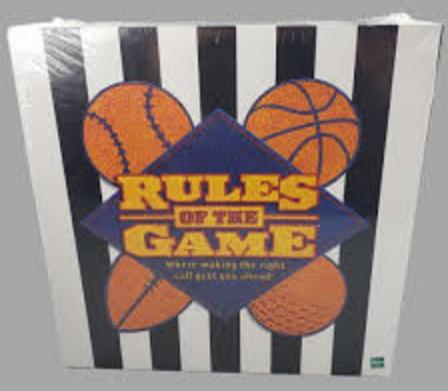